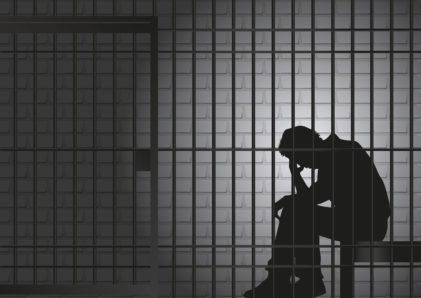 The big news story of the weekend was the surprising news that the Prisons Minister, Rory Stewart, is considering whether to abolish the power to impose short prison sentences, those of 6 months or less.

Arguing for the need for reform, Mr Stewart said: “You bring somebody in for three or four weeks, they lose their house, their job, their family, their reputation.

“They come (into prison), they meet a lot of interesting characters (to put it politely) and then you whap them on to the streets again.

“The public are safer if we have a good community sentences… and it will relieve a lot of pressure on prisons.”

Campaigners such as the Prison Reform Trust, have long argued that short sentences are seen as ineffective, allowing little if any time for rehabilitation and causing massive disruption to offender’s lives, resulting in even higher rates of repeat offending.

Supporters of the shorter sentence point to the salutary effects of a ‘short, sharp shock’ and community respite from offending.

This is one of those debates where there is at least some evidence to support all viewpoints.

But it does beg the broader question of what prison is for. Is it to deter, punish, rehabilitate, something else, or a combination of things.

Once we work out what we seek to achieve by imprisonment, the question then to be asked is, does it work?

Take a case in point also reported this weekend – two brothers imprisoned for three months following a conviction for perverting the course of justice (trying to evade penalty points for a road traffic offence).

Did imprisonment deter them? Clearly not. Will it punish them? The answer to that is clearly yes, but if they then lose their jobs and homes, is it disproportionate? Could we have imposed an altogether different and more worthwhile punishment, such as unpaid work in the community?

The answer to these and other questions concerning penal policy have been debated for a very long time, and traditionally, political parties have avoided any debate that has a flavour of being ‘soft on crime’.

So, it is refreshing to see a government minister willing to grapple with these complex issues, for the greater good.

Any change will require legislation so should not be expected for another 12 months or so, but in the meantime, it does allow advocates an opportunity to debate these issues with sentencing judges.

Maybe, just maybe, even the introduction of this debate might save some defendants from unnecessary and damaging short prison sentences. We shall certainly try. 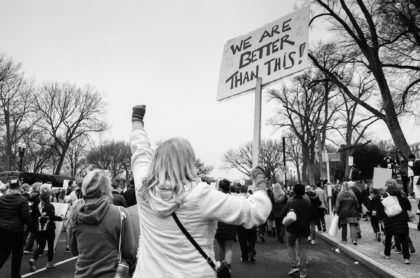 Was it an offence to accuse Anna Soubry of being a Nazi whilst she was broadcasting on Sky News?

Potentially, is the answer.

The Public Order Act 1986 contains the most likely candidates for any prosecution, in sections 4, 4A, and 5.

What are those provisions?

Section 4 is also known as ‘threatening behaviour’, and sections 4A and 5 are both types of ‘disorderly behaviour.’ Section 4 is the most serious, with section 5 the least serious.

The actions of the protestors during the interview, and then later on the street, might be one of these offences.

Which offence is it?

It will be for the Crown Prosecution Service to decide which to charge, and the Court to determine whether the people are guilty. The two behaviours could be charged together, individually, or not at all.

It needs to be remembered that the prosecution will be considering not only the fact that Miss Soubry may have been affected by the behaviour, but also other members of the public around the parliamentary estate.

What about the shouting?

Section 4A says that a person is guilty of an offence if he uses threatening, abusive, or insulting words or behaviour and causes harassment, alarm or distress.

He also has to intend to cause a person harassment, alarm or distress.

Section 5 says that a person is guilty of an offence if he uses threatening or abusive words or behaviour within the hearing or sight of a person likely to be caused harassment, alarm or distress.

The critical difference is the intention of the person shouting the words.

Section 5 also doesn’t require any harassment, alarm or distress to actually be caused, just to be likely to be caused.

And the behaviour on the street?

That could fall under either of the above, or it might be the more serious section 4.

Section 4 says that a person is guilty of an offence if he uses threatening, abusive or insulting words or behaviour towards another person.

I keep reading that swearing at the police is not a crime? Why is an MP different?

A Daily Telegraph report of a 2011 case has re-emerged on social media in the last few days. This report claimed that a High Court decision involving a man named Denzel Harvey meant that it was no longer illegal to swear at a police officer. In this case, it was said that Mr Harvey had sworn at officers who wanted to search him. Crucially, the officers did not say that they felt harassed, alarmed or distressed.

In this particular case, the High Court concluded that there was no evidence that these particular officers had been caused harassment, alarm or distress, or were likely to have been. Although the Judge pointed out that police officers hear such words all the time, he went on to say;

This is not to say that such words are incapable of causing police officers to experience alarm, distress,

What if I shouted at Anna Soubry?

Each public order offence is different, and each case is too. This is a general overview of the law.

Over the last few days we have seen definitive opinions on this subject, on both sides of the line.

In our view this rush to judgement is somewhat premature, all public order offences need to be seen in context with the full facts carefully investigated.

If you need specialist advice, then get in touch with John Howey on 020 7388 1658 and let us help. We can advise on a plea, defences and potential sentences in a wide range of circumstances.