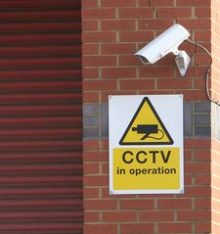 Last night’s BBC Radio 4 programme ‘File on 4’ continued the media coverage of the ongoing disclosure problems that first came to people’s attention at the end of last year, with a number of rape case being dropped at the last minute as a result of new evidence coming to light. Unfortunately, that new evidence had been in the possession of the police since the start of the case, and had not been disclosed to the defence.

One particular case was that of Liam Allan. Mr Allan was charged with multiple accusations of rape and sexual assault. In many respects, this would have been a classic and a challenging case for any jury. On the one side the complainant alleging that she was a victim of serious sexual crime, on the other a young man saying that it was all consensual.

After the alleged crime, the complainant sent a series of text messages to Mr Allan asking for more sex. In fact, she wanted violent sex and spoke about wanting to be raped. In a further round of texts, she made clear to a friend that no crime had been committed.

This is the type of evidence which would hole a case below the water line and end a prosecution, and it did. But, only after two years. Two years of a ‘living hell’ for Mr Allan. Mr Allan raised the issue of text messages in his police interview, but he was ignored. The officer in the case ignored clear guidelines on disclosure and did not bring them to the attention of the prosecuting barrister. It was only a very late intervention, three days into the trial, that uncovered what the police had known all along, that Mr Allan was innocent.

Last night’s programme surveyed more than 1,000 criminal lawyers, both prosecution and defence. 97% said they had encountered disclosure failings in the last year. Almost a third said that they believed that disclosure failings had led to a miscarriage of justice.

The programme looked closely at a case where CCTV evidence was finally disclosed after 6 requests. At Court, the case was dismissed by Magistrates, who cited the CCTV as the reason.

Rather than acknowledging the scale of the problem, or indeed even that there is a problem, the CPS chose to respond by criticising the methodology of the survey. They claimed that lawyers responding to the survey were likely to have a ‘skewed view’ of what constituted a disclosure failing.

Director of Legal Services Greg McGill went on to claim that a conviction rate of 85% in the magistrates’ courts is indicative of a system that is “producing strong results”. Quite how a high conviction rate is relevant to disclosure failings is not clear, particularly when the legitimate concerns that are being raised relate to potential wrongful convictions

Ideally, we would like to tell you that Mr Allan’s case is a ‘one-off’, but we cannot. Disclosure has been a fault line in criminal justice for decades, as illustrated by dozens of high profile miscarriage of justice cases.

We know that these cases are only the tip of the iceberg and that every single day the liberty of people standing trial is put at risk due to disclosure failures. We are acutely aware of this situation, and all of our staff work relentlessly to ensure that all relevant evidence is revealed. You can read a real life example of our work in this article.

From first police disclosure, right through to trial applications, we do not rest until satisfied that our client’s cases are prepared to the very highest of standards.