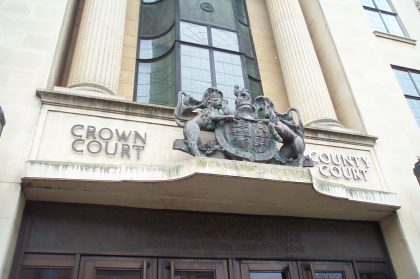 The existing assault sentencing guidelines came into effect in January 2012; at the same time, the attempt murder guideline was revised.

Following an “extensive and complex project”, new sentencing guidelines have been announced for certain violent offences, including new guidance for assaults on emergency workers.

Sentencing guidelines are referred to by any sentencing tribunal to assist in setting the correct level of sentence.

Each guideline starts with a consideration of culpability or blameworthiness. Specific factors such as a leading or lesser role place the offence in the category of high or low culpability. The level of harm is then assessed and also placed into a category. The combination of culpability and harm sets the sentencing range into which the offence falls; the placement within the sentencing range depends on the aggravating and mitigating factors.

The consultation from the Sentencing Council sought views on seven draft guidelines for common assault, common assault of an emergency worker, assault with intent to resist arrest, assault occasioning actual bodily harm, inflicting grievous bodily harm with and without intent and attempted murder.

In particular, views were sought on the following:

New factors have been added, including;

A high culpability factor of “intention to cause fear of serious harm, including disease transmission”.

Offences of common assault are the highest volume offences covered in the violence guidelines.

The guideline does not include a life sentence at any starting point, as it would be for murder. The determinate sentences are high though, to reflect that culpability in attempted murder is of the highest level, even higher than required for offences of murder.

The Council decided that the guidelines should be revised to reflect the gravity of the offences properly. There had apparently been concerns that some sentences in the existing guideline were too low. In some cases, much lower than for a murder on the same facts would have been, even though the intent was to cause death (for murder, the intent is to cause grievous bodily harm or death).

Extensive testing of sentences against cases was undertaken in developing the guideline, and the Council says it is satisfied that the descriptions and placement of factors relevant to the seriousness assessment will ensure appropriate sentences.

The elements of this offence are the same as for common assault, but there is a higher maximum sentence of 12 months. A more serious injury should be charged as a more serious assault offence.

In developing the guideline, the Sentencing Council considered whether an uplift to the common assault guideline should just be applied for assaults on emergency workers. This was dismissed due to demands from sentencers for a full guideline for the offence. However, the guideline contains an uplift approach for both aggravated offences of assaults on emergency workers and for racially and religiously aggravated offences.

The new guidelines contain more offence categories and starting points than previously. The reasoning behind this is to ensure appropriate assessments of culpability and harm so that proportionate sentences are imposed to reflect the seriousness of the offending.

Another substantial change is the addition of a further aggravating factor relating to those providing a public service. It is phrased as an “offence committed against those working in the public sector or providing a service to the public, or against a person coming to the assistance of an emergency worker”.

The Prison Reform Trust commented on the longer periods that individuals would be spending in custody. Their concern was that the government had not committed to further resources, which would lead to a decline in prison standards. The Council quite simply said that the provision of prion places was not a matter which should influence its determination of appropriate sentences.

Some guidelines indicate that higher sentences will be imposed, but this may or may not be the case. When the earlier guidelines were introduced, their impact was evaluated. For GBH, the guideline resulted in sentences increasing in excess of that estimated. For ABH, it was estimated that the guideline would result in less severe sentences, but they did not decrease as expected. 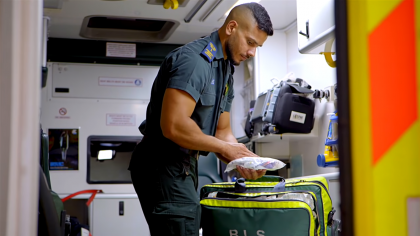 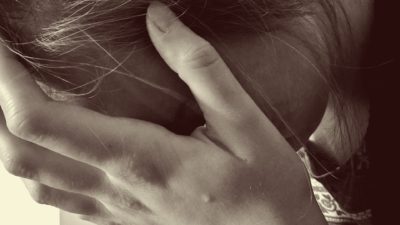 A new domestic abuse sentencing guideline has been published today (22 February), giving courts up to date guidance that emphasises the seriousness of this offending.

What is domestic abuse?

There is no specific crime of domestic abuse – it can be a feature of many offences, such as assault, sexual offences or harassment. The guideline aims to ensure that the seriousness of these offences is properly taken into account when such offences are being sentenced and that sufficient thought is also given to the need to address the offender’s behaviour and prevent reoffending.

Are there existing guidelines?

The new guideline replaces a domestic violence guideline which was published in 2006. A great deal has changed since then in terms of societal attitudes, expert thinking and terminology. Guidance for courts was therefore in need of revision to bring it up to date. ‘Domestic abuse’ is now the term used, rather than ‘domestic violence’, to reflect that offences can involve psychological, sexual, financial or emotional abuse as well as physical violence.

When is the new guideline in force?

The guideline will apply to all offenders aged 16 and older sentenced on or after 24 May 2018.

How does this guideline change things?

The guideline identifies the principles relevant to the sentencing of cases involving domestic abuse, outlines how the seriousness of offences should be assessed and highlights other factors that should be taken into account.

It brings a distinct change in emphasis in relation to seriousness.

This is because domestic abuse is rarely a one-off incident, it is likely to become increasingly frequent and more serious the longer it continues and may result in death. It can also lead to lasting trauma for victims and their children.

For the first time, the guideline also includes a reference to abuse which is perpetrated through use of technology, such as email/text, social networking sites or tracking devices fitted to a victim’s car, since these are increasingly common methods by which domestic abuse can occur.

The guidelines recognise that these offences can affect people of all backgrounds and the guideline is also clear that abuse can occur between family members as well as between intimate partners.

Will anything else change?

Yes. In particular, there is now additional guidance on restraining orders, along with new guidance on Victim Personal Statements.

In relation to restraining orders, the guideline now includes additional guidance to assist the court with a renewed focus on keeping the victim safe, particularly for those who continue or resume their relationship with the offender.

The guideline further reminds courts to take any Victim Personal Statement (VPS) into account, but that where there is no VPS, this is not an indication of any lack of harm to the victim.

“Domestic abuse comes in many forms such as harassment, assault and sex offences. The increasing use of technology in offending has meant that it has also evolved in its scope and impact. The new guideline will ensure that courts have the information they need to deal with the great range of offending and help prevent further abuse occurring.”

The following list of non-exhaustive aggravating and mitigating factors are of particular relevance to offences committed in a domestic context and should be considered alongside offence specific factors.

Will I get a longer sentence?

A spokesperson for the Sentencing Council commented:

‘Overall, it is likely that there will be an increase in sentence severity as a result of the introduction of the guideline, however, the guideline emphasises the need to consider the most appropriate sentence to prevent further reoffending and protect victims, which may be a community order.’

Many people feel that sentencing is increasingly a mechanistic process, with a danger that guidelines will be rigidly stuck to, and the individual considerations of defendants either ignored or played down. However, case law over the last few years emphasises that courts should be cautious to ensure that this does not happen. All of our advocates are experienced in presenting the best mitigation possible to courts, ensuring the best possible outcome.