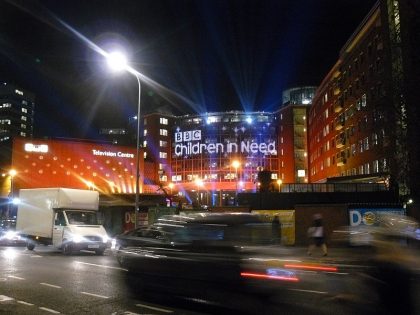 The British Broadcasting Corporation (‘BBC’) found itself in the embarrassing position of being fined £28,000 recently after admitting being in contempt of Court.

Why was the BBC in trouble?

On the morning of 17 November 2020, the BBC made a video and audio recording of half a day’s hearing in the Planning Court before Holgate J. The Judge was hearing argument on the first day of a 2-day judicial review of a controversial decision by Surrey County Council to grant planning permission to UK Oil and Gas to carry out “fracking” operations at a site at Horse Hill, near Horley.

BBC South East Today is the BBC’s regional television news programme for the South East of England, covering Kent, East Sussex, part of West Sussex and part of Surrey. On the evening of 17 November 2020, South East Today broadcast in its 18.30 and 22.30 news bulletins a special report on the Horse Hill case, which included a short clip from the video. All of this was done without the knowledge or consent of the Court.

This behaviour, as the BBC admitted, was a breach of the statutory prohibitions on making and transmitting unauthorised recordings of court proceedings, and therefore involved at least two criminal offences. In the Court’s judgment (and as the BBC also admitted) the number and seriousness of the breaches makes this a case of contempt of Court.

There were two potential criminal offences, one under s 41 of the Criminal Justice Act 1925 (taking of photographs in Court), the second under section 85B of the Courts Act 2003 which was enacted due to the Coronavirus Act 2020.

Given the BBC’s expertise in broadcast journalism, it is difficult to comprehend how such a basic mistake was made.

‘This was not a minor oversight by an inexperienced individual within a large organisation, but a catalogue of serious errors by a number of people that should have been, but were not picked up by any of the internal systems and safeguards that were put in place to regulate what is broadcast. It beggars belief that a team of very experienced BBC journalists, all but one of whom did not need to hear the Judge’s warning at the start of the proceedings because they were well aware of the prohibition on recording court hearings, should have given no thought to the propriety of getting the Hub to record the morning’s proceedings that were being conducted in the Royal Courts of Justice and viewed through live links by those who were unable to be physically present.’

i) the effect or potential consequences of the breach upon the trial or trials and those participating in them;

ii) the scale of the breach, with particular reference to the numbers of people to whom the report was made, over what period and the medium or media through which it was made;

iii) the gravity of the offences being tried in the trial or trials to which the reporting restrictions applied;

iv) the contemnor’s level of culpability and his or her reasons for acting in breach of the reporting restrictions;

v) whether or not the contempt was aggravated by subsequent defiance or lack of remorse;

vi) the scale of sentences in similar cases, albeit each case must turn on its own facts;

vii) the antecedents, personal circumstances and characteristics of the contemnor, and

viii) whether a special deterrent was needed in the particular circumstances of the case.

The BBC accepted that it was an aggravating factor that the BBC is the principal news provider in this country and that this unfortunate sequence of acts in contempt of Court was a departure from the high standards that are rightly expected of it and which it sets for itself.

The broadcast was repeated. The clip was seen by around half a million viewers, though none of them complained about it. The problem could and probably would have been avoided had the BBC taken more proactive steps to ensure that their journalists were properly advised of the restrictions that were introduced in the Coronavirus Act and reminded of the existing restrictions on recording and broadcasting court proceedings, at a time when more and more hearings had to be conducted remotely.

On the other hand, steps were taken to address the problem as soon as the BBC was made aware of it; it is obvious that senior personnel have taken the case extremely seriously. The offending material was swiftly removed from the iPlayer and the memo was circulated to journalists to remind them of the legal position. Counsel for the BBC also relied on the general reputation of the BBC and its staff for acting responsibly and to the isolated nature of the incident. He submitted that the BBC had taken the matter to heart and responded appropriately. It was highly unlikely that this would ever be repeated; all the journalists concerned have learned a salutary lesson. The BBC is a public service provider, funded by the licence fee, and any fine will detract from the services it can provide.

The Court thought that ‘there is an obvious danger that if the BBC is seen to be treated too leniently, it will send out the wrong message to those with a more cavalier attitude towards restrictions on reporting, recording and broadcasting court proceedings; on the other hand, the sentence must be fair and proportionate.’

In assessing the final penalty, the Court held:

‘Standing back, and making an overall assessment, we consider that but for the early acceptance of liability and the apology a fine in the order of £40,000 – £45,000 would have been merited. Discounting by approximately 1/3 for those matters, we will order that the BBC should pay a fine of £28,000.’

This case should stand as a warning to all that court proceedings must never be broadcast without permission, failing to heed this warning could be a costly reputational and financial mistake. 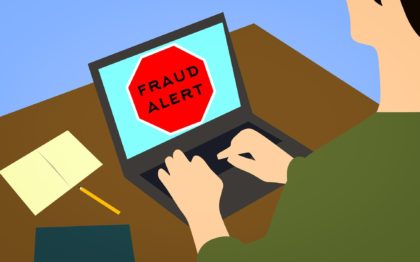