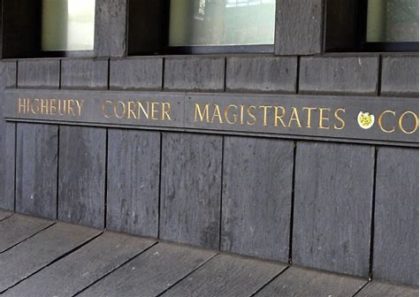 A Postal Requisition is a legal document telling you that you have been charged with an offence. It will also tell you where and when you have to attend court.

Postal Requisitions are being used more and more as a result of fewer people being released on police bail. Previously, once someone had been arrested, they would remain on police bail until a decision was made to charge or not. If the decision was to charge, you would have to attend the police station. You would be told what you were being charged with and given a date to attend court. Now that very few people are released on bail, a postal requisition is used instead. Similarly, if you have been interviewed under caution, you will not have a bail date. However, the police need a way to notify you if you have to go to court, so you will be sent a postal requisition.

When should I get one?

In many cases, the postal requisition is not sent until many months after you have been arrested or interviewed under caution. For most offences there is no time limit for bringing the case to court. However, for some offences there is a 6-month time limit from the date of the offence to the date of the requisition. This time limit applies to summary only offences. These include offences such as common assault, threatening words and behaviour and driving with excess alcohol.

If you receive a postal requisition, you should contact us as soon as possible. We can apply for legal aid straight away. We will be able to obtain the paperwork from the prosecution in advance of your first appearance at court, and start preparing your case. If you are pleading guilty, we can make sure all of your mitigation is in place. Alternatively, if you are pleading not guilty, we can start contacting witnesses and obtaining evidence to support your defence. If you do not contact a solicitor before you appear in court you are unlikely to be granted an adjournment at the first hearing, and would be asked to see the duty solicitor.

Whatever you do, don’t ignore it

If you are sent a postal requisition, don’t ignore it. If you do not attend court, a warrant will be issued for your arrest. You could find yourself being arrested and kept in custody until you appear in court. This can be very inconvenient; for example, if you are arrested on a Saturday lunchtime, you will be kept in custody until court on Monday.