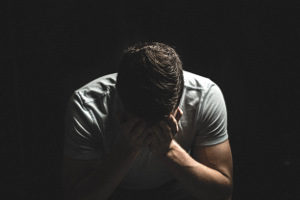 Extradition: I didn’t attend my original trial, can I have a retrial?

In a recent case we dealt with, our client had left his home country as he was being threatened by other people and was in fear for his life (he had won a kicking boxing fight where a large amount of money had been bet on his opponent to win). When he left, he had never been questioned, arrested or appeared in court for the offence that he was wanted for. The first time he knew about it was many years later. He found out when his mum told him a letter had arrived saying he had a three year sentence. He was arrested in this country over 10 years after the offence had allegedly occurred. The European Arrest Warrant gave no guarantees of a retrial.

The prosecution argued that the client had deliberately avoided the trial. The District Judge decided that he had not, and that he must be guaranteed a retrial. Because the EAW did not give him the necessary guarantee, he was discharged and able to stay in this country.

When a retrial is not guaranteed

Many people who face extradition are wanted to serve sentences for offences that they were convicted of at a trial that they did not go to. If that is the case, the person must be guaranteed the right to a retrial, otherwise extradition cannot take place. The one exception to that guarantee is if the person has deliberately avoided the trial, usually by leaving the country. If that is the case, then there is no need for a retrial to be guaranteed.

Please contact John Howey on 0207 388 1658, or email jhowey@jfhlaw.co.uk if you wish to discuss your extradition matter with us further, or to find out whether you would be eligible for legal aid for extradition matters. We have a dedicated team of lawyers specialising in extradition who are here to help you.

If you want to know more about other aspects of extradition, read our guide to the basics here.