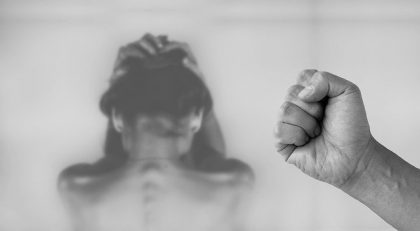 In February 2019 the Court of Appeal quashed Sally Challen’s conviction for the murder of her husband and ordered a retrial.

Last week the prosecution accepted a plea to the lesser offence of manslaughter and Challen received a sentence that meant she would serve no further time in custody.

Why was the appeal allowed?

The foundation for both lines of the challenge was her husband’s controlling and coercive conduct, conduct which is now a criminal offence in itself. Section 76 of the Serious Crime Act 2015 criminalises a pattern of abusive behaviour, the individual elements of which are not necessarily unlawful in themselves. This is designed to better protect victims of domestic abuse.

Counsel for Challen argued that the courts have recognised the concept of battered person syndrome, but that syndrome focuses on the psychological impact of repeated physical abuse, whereas coercive control focuses on systemic coercion, degradation and control.

The lack of knowledge about the theory of coercive control at the time of the appellant’s trial, meant that the partial defence of diminished responsibility was not put as fully as it could have been and the defence of provocation was not advanced at all by counsel then representing the appellant.

The appellant’s actions were not, therefore, put into their proper context.

Did the court agree?

“We were not persuaded that had it stood alone the general theory of coercive control on the facts as presented to us would have afforded the appellant a ground of appeal. However, it did not stand alone. We have focused on [the Doctor’s] post-conviction diagnosis that the appellant suffers from borderline personality disorder and a severe mood disorder, probably bipolar affective disorder, and suffered from those disorders at the time of the killing. If that is correct, it is in that context that the theory of coercive control may be relevant.

We express no view on whether the appellant was the victim of coercive control and no view, if she was a victim, on the extent to which it impacted upon her ability to exercise self-control or her responsibility for her actions. However, because expert evidence was not available to defence counsel at trial, neither the possibility that she was suffering from these two disorders, nor the issue of the impact upon her of the abusive relationship were explored at trial in any detail. The issue of provocation was not advanced at all.”

Accordingly, a retrial was ordered.

In the end the prosecution accepted the plea to a lesser charge of manslaughter in light of overwhelming evidence as to the husband’s behaviour and the effect on Challen’s state of mind at the time of the killing.

What does this case tell us?

From a legal perspective it tells us two things:

If you need specialist advice, then get in touch with John Howey on 020 7388 1658 or jhowey@jfhlaw.co.uk and let us help, we deal with all manner of criminal offences on a daily basis and have the expertise to get you the best result possible.