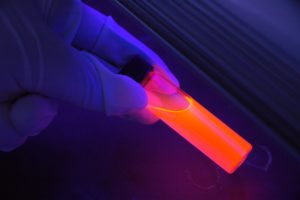 New details have emerged about forensic testing deficiencies at two of the country’s leading laboratories. Police are currently investigating the circumstances, and a number of people have been arrested.

Randox Testing Services (RTS) and Trimega Laboratories handle samples for some of the most high-profile criminal and family law cases, the accuracy of the tests being of paramount importance to people facing criminal prosecution for offences ranging from drink driving to murder.

‘Most drug tests from RTS between 2013 and 2017 are being treated as potentially unreliable. RTS was mainly commissioned by individual police forces when investigating criminal offences.’

It is believed that the results from as many as 10,000 tests could be under question.

Is Your Conviction Safe?

If a conviction in your case rested wholly or partially on the reliability of forensic tests, it is essential that you seek further legal advice.

While the Crown Prosecution Service will be carrying out a review into criminal cases, this will take a considerable period of time, and many will question whether the body that brought the prosecution in the first place is ideally placed to make decisions as to the safety or otherwise of a conviction.

Those affected will, therefore, wish to consider whether any further forensic testing ought to take place, and even whether or not there are grounds to appeal. All convictions will need to be considered on a case by case basis.

Even if your cases did not involve the two laboratories currently under investigation, this scandal throws a spotlight on the hidden world of forensic testing and calls in to doubt results from other forensic testing providers.

Regardless of whether we handled your case initially our experienced team of lawyers has the expertise to ensure the safety of your conviction is beyond question.

If you believe that inaccurate forensic testing may have led you to be wrongfully convicted (and that includes pleading guilty to an offence), please contact John Howey on 020 7388 1658 or jhowey@jfhlaw.co.uk