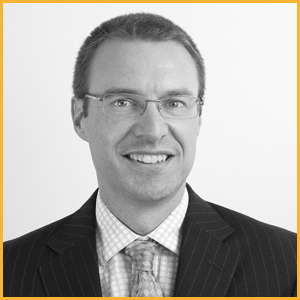 John is our senior solicitor with higher rights of audience. He is responsible for the management of our Police Station and Magistrates’ Court departments. Due to his engaging court presence and his personable approach to his clients, he is a well-known and well liked figure across the magistrates’ courts of North London. However, he also has a reputation for leaving no stone unturned, meticulous case preparation and persuasive court advocacy.

John has successfully defended clients charged with a range of offences including murder, serious fraud and sexual offences. John also has extensive experience in representing clients in Extradition cases, and regularly appears before the Westminster Magistrates extradition court. He also has particular expertise in the law relating to defendants suffering from mental health problems, and regularly represents them at all stages of criminal proceedings.

John is regularly instructed privately by, and in turn has achieved excellent results for a number of high profile footballers in relation to criminal allegations. He is also on the list of the Football Supporter’s Federation list of recommended solicitors www.fsf.org.uk. He takes instructions from football supporters and fans in respect of criminal allegations and any subsequent prohibitive orders such as Football Banning Orders and post-conviction anti-social behaviour orders.

John also deals with regulatory crime, such as prosecutions under Health and Safety Legislation.

Multi handed murder trial. Represented the client from the police station to the Crown court trial as junior advocate. Client cleared of murder.

Client with significant mental health problems found not fit to plead in respect of two counts of attempted murder; detained in hospital rather than serving a life sentence in prison.

Multi-jurisdictional banking fraud involving a number of defendants, valued at over a million pounds.

What our clients say about John

“Mr John Howey is excellent. I have not enough words to thank him. He is the best, if I have any issue I would like to use JFH Law in the future”

“Mr. Howey is very sympathetic and caring about his cases. He is also very reliable. The overall level of service was very good”

“Very Good Job! Respect to Mr John Howey, thanks for everything.”