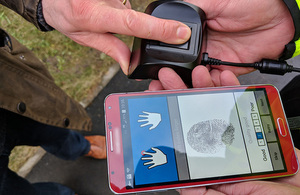 The government this week announced that West Yorkshire Police has signed up to a new identity checking service, allowing fingerprints to be taken via an app.

The new service, already being used in a select number of force areas, with a further 20 going live before the end of this year, will remove the need for suspects to be taken to a police station to check their identity.

It is anticipated that this will reap benefits for frontline officers and suspects alike, freeing up police to continue with other duties and reducing needless detentions.

“Early examples of the new system in action include a firearms unit, who detained a driver after a short pursuit and were able to identify him as a disqualified driver, despite him giving false details. He was issued with a summons for three offences and his vehicle seized. The armed response unit returned to patrol within ten minutes, and without the mobile fingerprint scanner this could have resulted in the unit being out of action for four hours taking the individual to a custody suite.”

The new service works by connecting a small fingerprint scanner to a mobile phone app. Within seconds of taking a print, the suspect’s identity can be checked across the two main police databases, allowing police to then deal with the suspect in the appropriate way.

While this technology has been available for a few years, reduced pricing has now made it affordable enough for a national rollout. Scanners that previously cost around £3,000 can now be purchased for under £300.

Liberty, the leading human rights organisation has been less enthusiastic, commenting that:

“This scheme is part of a pattern of the police using radical privacy-invading technology without proper public consultation or meaningful parliamentary oversight. Much like the facial recognition technology that is increasingly being deployed by police forces, it is being presented to us after the event and with little fanfare and is being made available to more and more officers across the country. In this case, we learned about it via a sneaky gov.uk post early on a Saturday morning.”

Although there are clearly benefits to everyone involved, there remain concerns. Little is known about what will happen to the data after it has been checked; for example, if you are not already on either data base but are stopped and checked, what happens to your data? Will the technology only be used when there is doubt about a person’s identity or will it be used indiscriminately? As with any system there remains the potential for human error, not least when data is being added to the databases.

There are important protections for suspects that are to be found in the Police and Criminal Evidence Act 1984. However, ensuring that these protections are adhered to can be difficult in away from the police station. If you have any concerns about the use of these powers, please contact us to discuss further. Where fingerprint identification is being used evidentially by the prosecution, we always take particular care to ensure that the law has been complied with.

How We Can Help

If you are someone facing criminal proceedings, contact us as soon as possible; jhowey@jfhlaw.co.uk or 020 7388 1658. Our solicitors are well versed in this aspect of the law and will ensure your best defence. 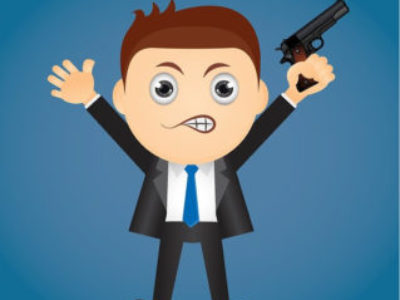 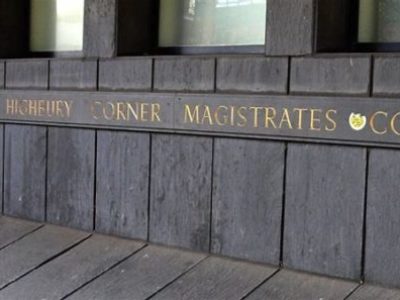